For the overall socio-economic development of Chittagong Hill tracts as a special area inhabited by different tribal and non- tribal (Bangalee)people ,initiatives was taken to establish three separate local govt. councils in three Hill Districts. Khagrachari Local Govt. council was established on 6 March, 1989. Thereafter according to Peace Accord this council was renamed as “Khagrachari Hill District Council” by the Act-10 of 1998.

This council was established to uphold the political, social, cultural, educational & economic right and to expedite the process of socio-economic development of all citizens of Khagrachari Hill District. It co-ordinates the activities among the various govt.and non- govt. departments/organizations of this district and implements various development activities for the public interest as well as administer , monitor and supervise the different govt. and semi-govt. departments transferred to the council. The historical “Peace Accord” was signed on 2nd December, 1997 between Bangladesh govt. and Parbattya Chattagram Janasaghati Samity (PCJSS) to overcome the prevailed situation and to develop the backward people of this region. After signing the peace accord, the govt. has taken various steps for strengthening the Hill District Council for the development of disadvantaged tribal people dwelling in this region. Now this council has been regarded as the main focal point of administration as well as development activities of the district. 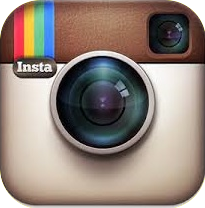