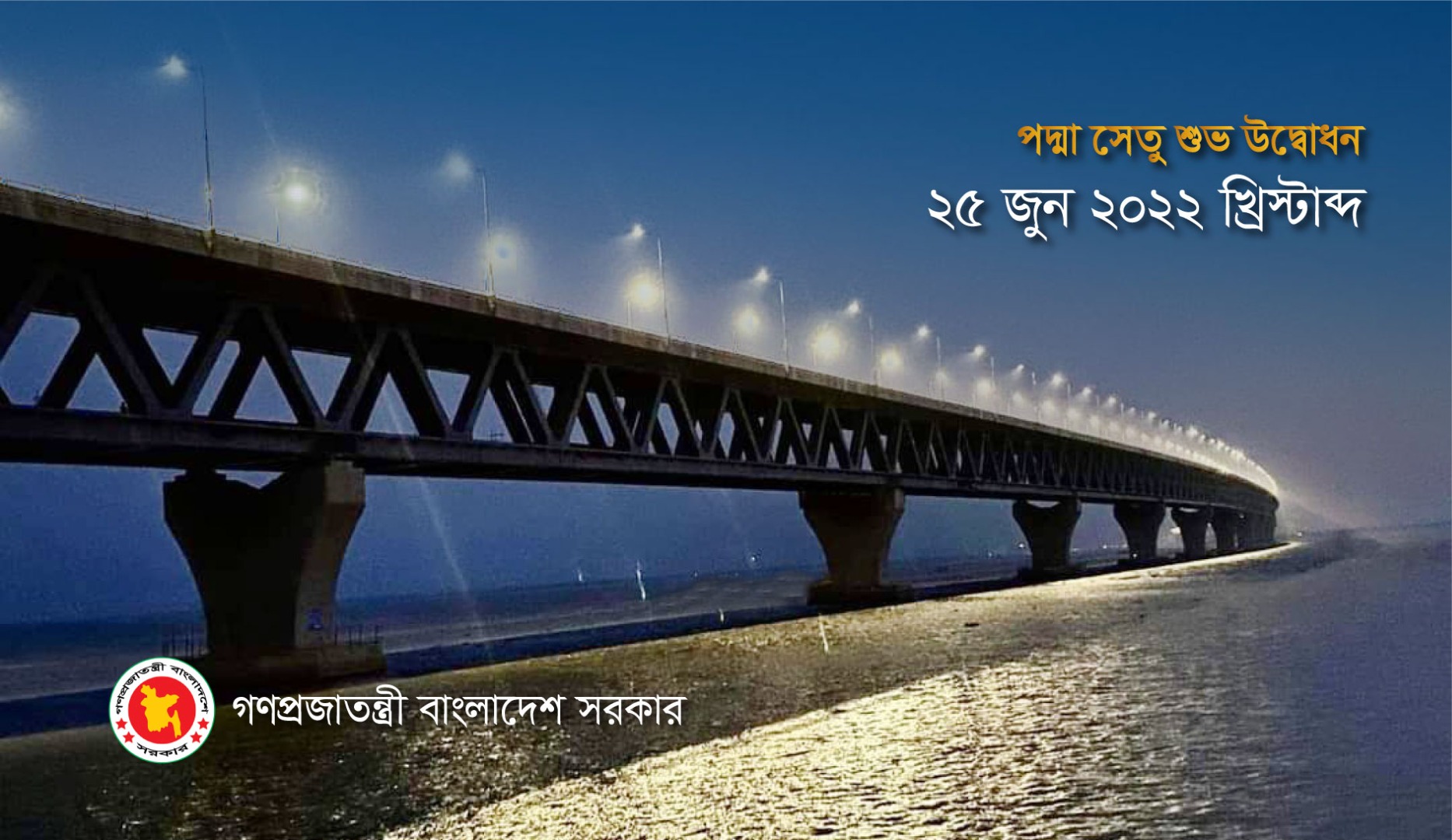 Date of publication : 2022-06-23
Monsoon is around and the river Padma will be bulging soon, the most treacherous one only after the Amazon. Since independence, people of the entire Southern region have been required to risk life for crossing the river throughout the year. But that risky journey seems to end on June 26 as the Awami League government has bridged your dream with reality, building a bridge to make your journey safer, easier, faster and hassle-free.
Padma bridge stands majestically above the river marked with one of the strongest currents in the world. Braving a spectrum of challenges, we have finally executed this self-funded project. It's your and my hard-earned money that contributed to this success.
It was beyond the imagination of the world that a developing country in South Asia could handle this masterpiece structure with its own fund. But, Honorable Prime Minister Sheikh Hasina's indomitable courage and vision made this happen. Now this success story of Bangladesh is acclaimed all across the planet. Padma Bridge, awaiting a awe-inspiring inauguration on June 25, symbolizes the dignity of Bangladesh on the global stage.
This bridge has connected around one-third of the country's land area, entangled with rivers, to the capital. Consequently, it will catalyze the local and international trades of Bangladesh. In addition to transforming the economic footing of around 50 million people of the South-west part of the country, it will also ensure a rise in the national income by at least 1.5%, a paradigm shift for the entire Bangladesh. The future of Bangladesh hinges much on this bridge.
Padma Bridge is not just an engineering masterpiece but a symbol of pride and dignity of Bangladesh as well. All the people of this country equally share this glory.
"Padma Bridge with my money, Padma Bridge for my country"
Joy Bangla, Joy Bangabandhu.
Chairman